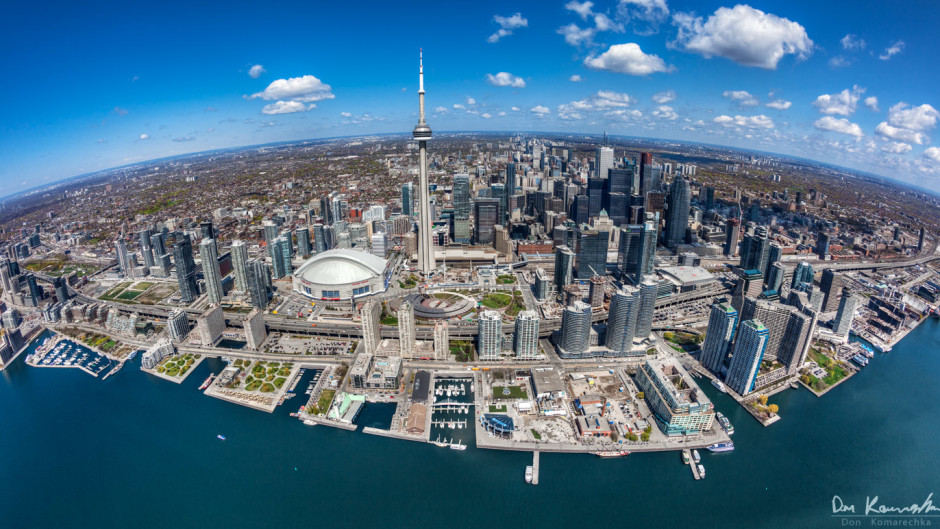 If Toronto’s housing market did unravel, how far might prices fall? How long would the pain last and what would a recovery look like?

Tough questions only answered in hindsight because each housing correction has a life of its own. In the early 1990s as a new homebuyer, I watched the value of my house fall by about 15 per cent over two years. For another two, prices bumped along the bottom. Once economic recovery took hold, housing took off and hasn’t stopped since.

Even though GTA house prices have been predicted to fall in each of the past 10 years, they keep hitting new highs. The average price of a home in the GTA rose 7.5 per cent in January, year over year, bringing the average to $552,575.

The housing stakes are particularly high in the GTA, says TD Bank deputy chief economist Derek Burleton. He says a healthy real estate market is critical to the region’s overall fortunes and since the GTA is Canada’s economic engine, the rise or fall of housing carries a national weight.

As an example of what can happen, Burleton says the oil price shock is paralyzing Calgary’s housing market. Average prices are down 10 per cent from their highs and more is likely in store. Listings are rising, but buyers are few and far between.

“They’re saying, ‘Why buy now when you can wait and it will be cheaper?’ ” he says.

Burleton says GTA house prices are 10 to 15 per cent higher than they should be relative to rents and income growth. But that doesn’t mean a crash is coming now, or later. That number is a calculation and not necessarily the way people behave.

“Prices may be higher than they should be, but that can be sustained for years,” he says.

Burleton says it would take a huge economic shock, “a global event” to cause the kind of drop seen in the U.S. post-2008, where prices fell by an average 35 per cent over three years. But even that number is misleading because the experience in overbuilt Sunbelt states like Arizona and Florida was far more painful than big urban centres with real economies.

There are things we can conclude from the way cities like San Francisco coped with the crash. Bay Area prices tumbled by an average 27 per cent between 2008 and 2011 as part of the subprime mortgage lending collapse. By the end of 2014, they were 15 per cent above the 2008 peak.

San Francisco is similar in many ways to the GTA. The Bay Area includes Oakland and San Jose, the home of Silicon Valley. It has a metro population of 7.7 million. It attracts creative talent and offers high paid jobs.

The GTA has a population of about six million. Toronto is the head office capital of Canada as well as a centre for banking, investing and finance. Like San Francisco, the GTA attracts migration from other parts of the country, as well as investment from abroad. Both cities are social and cultural centres.

“When people talk about the most desirable places in North America to live, Toronto and San Francisco are usually on the list,” says Patrick Carlisle, chief market analyst with the Paragon Real Estate Group, one of San Francisco’s largest realtors.

Carlisle says the causes of the U.S. housing crash were unique. Ultralow rates following Sept. 11 supercharged mortgage lending. When that was combined with “refinance insanity and degraded loan underwriting standards” you set the table for disaster. He says criminally lax lending rules meant unemployed people, with no sources of income, were being qualified for mortgages worth hundreds of thousands of dollars. Those loans became assets on the books of banks and other lenders. Once these “homeowners” started defaulting, things quickly fell apart.

Carlisle has looked at 30 years of San Francisco housing data that includes three corrections. One in 1991 lasted three years and led to an average 11-per-cent drop in prices. A one-year sell off in 2001 caused by the dot-com bust and Sept. 11 also saw prices fall 11 per cent. The third, averaging 27 per cent over three years, was the latest.

He says the broad cycle is consistent: price retreats for two or three years, a bottoming out for a couple more and then a quick climb. The cycles can be short or long, but are tied to economic well-being. Once recovery starts, prices quickly accelerate “as if somebody turned on a switch.”

Yun believes our housing market will stay intact as long as the economy is creating jobs.

“San Francisco is strong because the job market is strong. If you can hang on to jobs in Toronto, then prices will hold up,” he says “But if the economy goes into a mild recession home prices will decline.”

Yun says housing is affected by local economic conditions which is why prices rose in Dallas-Fort Worth during the worst of the bust. The oil industry was booming. These days, prices are falling in Dallas, as they are in Calgary.

Meanwhile, Boston has joined San Francisco in surpassing its 2008 price peaks, while Chicago, another city often compared with Toronto, has not.

The bigger point is that whatever happens will not be world ending, but part of a cycle that has repeated itself many times since the Dutch Tulip mania of the 1600s.

“While future cycles will vary in their details, the causes, effects and trends are often quite similar,” Carlisle says, adding in a recent research note: “Up, Down, Flat, Up Down, Flat . . . Repeat.”