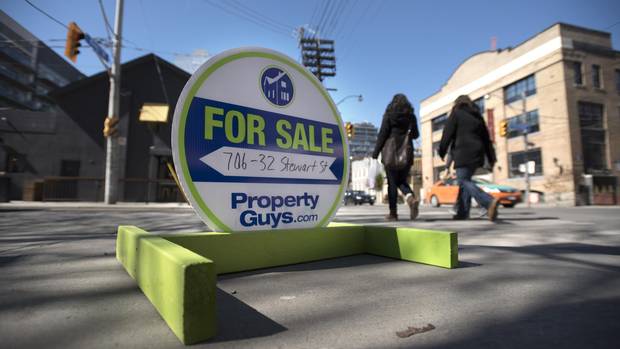 As the Toronto housing market rockets toward its peak for the year, buyers and sellers are fine-tuning strategies almost on a day-by-day basis.

This week, the Toronto Real Estate Board reported the strongest April sales on record. Typically, the spring market hits its peak in May and the year’s richest prices are recorded in that month.

May, 2015 is already off to a frantic start, agents say, with barely a wisp of the bidding war ennui that often descends at this time of year. And, with spring temperatures so late to arrive this year, many real estate agents are betting that the market will remain hectic longer into the summer than usual.

For buyers, the lack of listings and the mania of competition have many looking for overlooked properties or less-travelled neighbourhoods. Homeowners, meanwhile, are watching what their neighbours’ homes are selling for and then grappling with the right alignment of timing and asking price.

The action on a span of Lake Ontario shoreline offers a peek into the machinations in one small slice of the market.

Sohail Mansoor and Arlyn Fortin of Royal LePage Signature Realty just this week listed a property on the Etobicoke shoreline. Offers will be reviewed on Monday. The owners at 85 Lake Promenade were motivated to jump into the market more quickly after their neighbours at No. 83 recently sold their property for $2.1-million.

“That changed our strategy a bit,” Mr. Mansoor says. “We wanted to be on the market sooner rather than later.”

As do many agents, the pair waited until almost the final hour to sit down with the sellers and set their asking price at $2.1-million.

“We always meet with clients a day or two before the listing goes live to review the latest market activity, then set the price accordingly,” Mr. Mansoor says. “The importance of setting the right price based on the latest information is definitely something people should understand.”

The “latest information” arrived when – just as they finished prepping and staging – a “for sale” sign popped up on another lawn almost next door. That flummoxed the agents a bit, Mr. Mansoor says, who then rushed to compare the two houses and their target markets.

That house, at 91 Lake Promenade, has an asking price of $1.899-million and offers are welcome any time.

Mr. Mansoor says the two houses are close together but they may appeal to different buyers. No. 85 is fully renovated with an open-concept design that takes full advantage of the lake views. But the bedrooms are spread out on different levels and he says that plan may not be suitable for families with young kids. He figures the house may appeal most to empty-nesters or parents with teenagers.

No. 91 is not as recently renovated but it’s on a wider lot. The agents for this house, Shawn Doyle and Cam Huffman of ReMax Rouge River Realty Ltd., are unperturbed about the “coming soon” sign that popped up right next to their sign.

“It’s the spring. That’s just the way it is,” Mr. Doyle says cheerfully. May brought a few warm days, he adds, and “sellers are now putting signs on their lawn.”

TREB’s latest numbers show that sales in the Greater Toronto Area jumped 17 per cent in April from a year earlier. The average selling price rose to $635,932 for a 10-per-cent gain year over year.

Mr. Doyle says the pair decided not to hold off offers at their Lake Prom listing. In his opinion, that strategy works better in a lower price range where buyers feel they urgently need a particular house. In a higher price range or in a neighbourhood where there’s less competition, the gambit doesn’t always pay off, he says, because sometimes buyers wait until after the offer date and then submit a low-ball bid. “I’ve had it backfire in the past.”

They’re also trying to appeal to a range of prospective buyers. Some might want to update the three-bedroom house, Mr. Doyle says, while it’s possible that others might want to build a new house on the 205-foot deep lot. He thinks the best feature is the stone seawall that provides lots of space for entertaining and enjoying the lake.

“It’s so private and it really has a resort feel to it,” he says. “They brought in those rocks by barge.”

The Long Branch portion of Etobicoke has been popular with people who want a detached house close to the lake. It’s still on the 416 side of the GTA border, Mr. Mansoor points out, and there has been lots of development in the past couple of years. New condos have brought more stores and cafés to the area.

“It’s not a neighbourhood that most people gravitate toward but, because of the bidding wars [elsewhere], people are looking at the neighbourhood,” Mr. Mansoor says.

He adds that some properties fetch multiple offers but others take a little longer to sell.

He points to 83 Lake Promenade, for example, which was on the market for 23 days before selling below the asking price of $2.25-million.

For their listing, Mr. Mansoor and Ms. Fortin decided to hold off reviewing at 85 Lake Prom for seven days. “I’m confident in the strategy of holding back,” he says.

The agent also points out that so-called bully offers have become so common in Toronto that prospective buyers have to be ready to move. He says the practice of setting a date to review offers gives people interested in a house the luxury of waiting until a convenient time to see it or the opportunity to visit more than once.

“You can’t do that any more. You have to get out there and do it right away,” he says of getting in to see a house.

Bullies make pre-emptive offers that do away with that timeline so potential buyers who have set a foot inside the door will have a better chance of hearing from the listing agent if a bully appears.

It’s common practice that the listing agent will notify the agents of everyone who has seen the property or expressed an interest in it.

“It’s good business practice and it’s in the best interest of your clients to contact everybody,” he says.

Often in late spring, the market’s lightning-quick pace slows a bit across the city. Competition becomes less intense as some house and condo hunters make a purchase and, as more listings come on the market, the urgency to act immediately dissipates. Some potential buyers just get tuckered out and retreat for a while. Mr. Mansoor has heard from just a few people who are feeling that way now.

“There’s a bit of buyer fatigue that happens when people lose out on a couple of bidding wars.”

« Canada not facing a housing bubble: Poloz
What 15-minute GO service might mean for your house price »