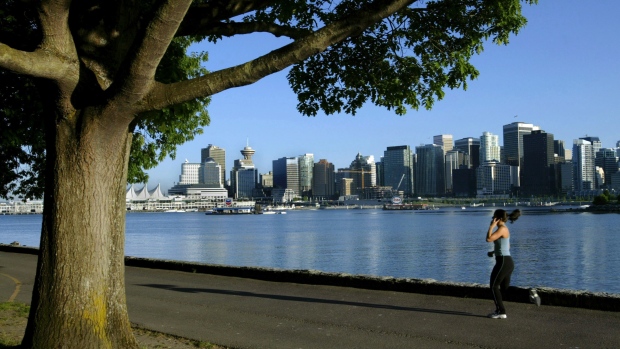 A prominent economist says that Ontario will have little choice but to implement a tax on foreign house buyers, similar to the 15 per cent surcharge recently slapped on home purchases in Vancouver.

In a recent note to clients, Benjamin Tal of CIBC says the biggest problem facing policymakers with regard to hot housing markets in Toronto and Vancouver is a limit on the supply of new homes.

In both cities, there’s a lack of undeveloped land to build new real estate in the downtown core.

“The main reason behind higher prices in the [Greater Toronto Area] is a policy-driven lack of land supply,” Tal said. “And with no change on that front, policymakers have to use demand tools to deal with what is essentially a supply problem.”

One such tool is already underway in Vancouver.

Vancouver’s housing market had been showing signs of a slowdown before the city’s move in July to implement a 15 per cent tax on housing purchases by foreigners “pushed it over the edge,” as Tal puts it. According to the Real Estate Board of Greater Vancouver, house purchases declined by 26 per cent in August compared with the same month a year earlier.

Another subsequent move, to tax vacant homes, is likely to pour more cold water on a housing market that was red-hot for more than a year.

A steep decline in prices may be jarring to recent buyers, but it’s exactly what B.C. policymakers are hoping to accomplish, at least in the short term.

“Ontario will have little choice but to do the same,” Tal said.

That’s because the Vancouver tax has had the unintended consequence of inflating bubbles elsewhere.

There’s anecdotal evidence that Vancouver’s tax has already shifted foreign money to Toronto housing, and media reports suggest some of the money that was pouring into Vancouver has been redirected to Seattle.

High-end real estate seller Sotheby’s says it expects a lot of demand in Vancouver’s luxury market to move to Toronto.

Tal doesn’t speculate how much of a tax could be under consideration for Toronto, nor does he have any insight as to when and how it might be implemented.

A foreign buyer tax is not the only possible response to the problem of high house prices. Among other possibilities, Tal cites:

Tal says Toronto’s housing market has been inflated by cheap lending to people who would have no business getting a mortgage if rates returned to more typical levels.

But higher interest rates could mean borrowers would just have to spend more to pay down their debt, which would give them less to spend in the real economy, possibly sparking a recession, Tal warns.

It may be too late to stop cash-tight borrowers who have already bought, but a tax on foreign buyers would help cool the market in the right way.

“Any upcoming changes to regulations,” Tal says, “should make it a bit more difficult to borrow — simply to save Canadians, blinded by the current affordability mirage, from themselves.”