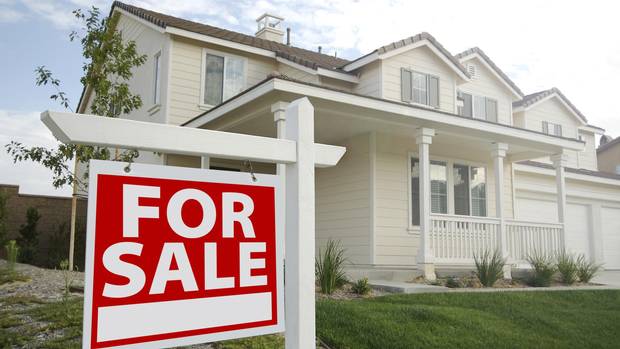 Home sales in Monica Dawson’s Markham neighbourhood seem to unfold almost according to script. Whenever a For Sale sign pops up, cars clog the street for showings. Then a bidding war breaks out, ending with an eye-popping sale price.

Ms. Dawson and her husband, who are in the midst of divorcing, recently crunched the numbers and decided to enter the fray.

“We were like, ‘Maybe it’s time’ – although I loved that house with every fibre of my being. It was my forever house. But circumstances happen, life happens,” said Ms. Dawson, a mother of two boys and owner of a gym franchise.

Earlier this month, the couple put their renovated four-bedroom, two-bathroom backsplit bungalow on the market for $1,188,800 – a price tag chosen to spark interest from the community’s large population of buyers with ties to China, who generally consider the number eight lucky. Five days later, they had bids from two couples and a signed contract for $1.25-million, 5 per cent over asking.

The Dawson family’s home near Highway 7 and McCowan Road is in one of the hottest real estate zones in the Greater Toronto Area, according to new data from the Teranet-National Bank House Price Index provided to The Globe and Mail. The average price in their immediate area was $801,730 at the end of December, up a whopping 14 per cent from the previous year.

The GTA’s housing market is reaching frenzied new heights, with average prices up 9 per cent at the end of March compared with one year earlier, according to the Teranet analysis. Since 2005, average prices have risen 81 per cent.

“It has been much stronger than almost anyone would have expected a year ago,” said Douglas Porter, chief economist at the Bank of Montreal. “It’s a very big story.”

Indeed, across the region, house hunters are experiencing sticker shock. In the city, it has become commonplace for properties in desirable neighbourhoods to spark bidding wars with 10 or more hopeful buyers and prices that climb $200,000 or more above asking, real estate agents say. One house in the South Annex attracted 15 bidders in February, selling for $2.1 million, $600,000 over asking.

While demand is high, supply is extremely tight, leading to a strong seller’s market. Data from the Toronto Real Estate Board show that while there was a double-digit increase in home sales in the first three months of 2016, listings were down slightly. “They’re moving in opposite directions,” said John Pasalis, president of Realosophy Realty Inc.

Where those on limited budgets once found respite in the suburbs, the Teranet data show that hot spots are scattered throughout the wider area.

Agents report that multiple offers have become the norm in parts of the 905 region.

Mr. Pasalis said many seeking a relative deal have been priced out of older, more established bedroom communities and are looking to Durham Region, where houses can be had for $500,000. “It’s still super-competitive out in the suburbs,” he said.

Demand is especially strong in Markham, north of Toronto, mostly because of an influx of Chinese buyers attracted to the existing large Asian immigrant community and extensive infrastructure that includes abundant Chinese restaurants, shops and even a mall, as well as highly rated schools, real estate agents say.

“The Chinese buyers are all buying here. This is where they want to be,” said Leslie Benczik, an agent who specializes in Markham and whose firm listed the Dawsons’s home.

Foreign buyers’ tastes are not limited to the suburbs, however. Real estate agents throughout the GTA report strong demand from potential purchasers from abroad. Their influence – which is difficult to quantify – is a key reason behind the outsized growth in the Toronto market, as well as that of Vancouver, Mr. Porter said.

“There is a much bigger force at play and I do believe it is largely the influence of foreign investment in those two markets,” he said.

For the Dawson family, Chinese buyers’ strong interest in Markham seemed to work both for and against them. Although prices are increasing, they found themselves at a disadvantage. Despite their home’s selling points – beside a conservation area, with a good elementary school down the street and a Chinese supermarket a short walk away – the property is located on an intersection and has a four in the address, two factors considered undesirable.

“I know that we actually had people just flat turn [around] because I was on an intersection. It had nothing to do with the house,” said Ms. Dawson, 42. “I think we probably could have gotten another $100,000 had I not been on an intersection, which is ironic because my backyard backs onto a conservation park protected by the government. Nothing can build there, ever.”

« Priced out of detached homes, Toronto buyers turn to condos — even in the suburbs
Toronto Mayor calls on governments to relieve housing supply shortage »