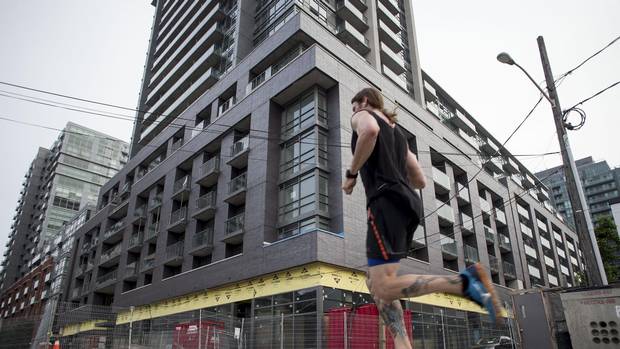 Toronto developer Urbancorp Group has filed for bankruptcy restructuring, saying it hoped a court-ordered sale of some of its assets would help the builder cope with its mounting financial woes.

The company said it was working with trustee KSV Advisory Inc. and has started restructuring proceedings under the Bankruptcy and Insolvency Act in hopes of reducing its debt.

“We determined, after much consideration and consultation, that a court-supervised process is the best way to deal with current cash flow issues,” chief executive officer Alan Saskin said in a release. “This will allow us to reduce debt in an efficient manner while continuing to focus on our core business.”

Urbancorp has more than 1,000 homes under construction in the Toronto area, and the company said the restructuring proposal was meant to ensure it could complete those homes in the next two years.

The restructuring includes five Urbancorp developments of single-family homes and townhouses in Toronto that were being developed as separate corporations and go by the names Downsview Park, St. Clair Village, Lawrence, Mallow and Patricia. It also includes Urbancorp’s property management company.

The filing comes little more than a month after Tarion Warranty Corp., which administers warranties on new homes on behalf of builders, announced it was planning to revoke Urbancorp’s registration on 17 projects because of issues with the company’s customer service, a high number of warranty claims and concerns about the company’s financial health.

In a statement on its website, Tarion said the restructuring proceedings did not appear to affect any of Urbancorp’s condo projects and would have no immediate impact on Urbancorp’s warranty coverage or Tarion’s threat to revoke the company’s warranty. “Tarion continues to gather more information about the process, and will share any relevant details as they become available,” the organization said.

Urbancorp has appealed Tarion’s findings, but had earlier warned investors it might be forced to sell some projects if it could not win its appeal.

Aside from financial issues in Toronto, the developer has also been under fire from investors in Israel. Urbancorp raised the equivalent of $60-million in bonds on the Tel Aviv stock market late last year, saying the money would help pay its debts, including a $50-million unsecured high-interest loan from a non-bank lender in Canada. The company also said it had taken out a $225-million loan last August, according to a translated version of Urbancorp’s filings with Israel’s securities commission, which were written in Hebrew.

Earlier this week, Urbancorp told its Israeli investors that three of its directors had resigned and that it expected to post a $15-million loss in the fourth quarter. It also warned that its ability to get an $8-million loan that Mr. Saskin had promised to give to the company was now likely “negligible.”

Urbancorp was launched in 1993 by Mr. Saskin, a former Cadillac Fairview executive, and has built dozens of condos and other housing developments in the Greater Toronto Area.

In its filings with the Tel Aviv securities commission late last year, the firm billed itself as “one of the top 10” developers in Canada, with a “AAA credit rating” and “connections with financial groups in Toronto and all over the world.”

However, the company has faced complaints from buyers as several of Urbancorp’s projects have either been cancelled or delayed. Last summer, Urbancorp cancelled a condo development known as Kingsclub in Toronto’s King West neighbourhood, and replaced it with plans to build rentals. Several contractors have registered construction liens against a project in the city’s Leslieville neighbourhood. Urbancorp also faces several lawsuits from contractors alleging the company has not paid, and from fellow condo developer and broker Brad Lamb over unpaid commissions.

Mr. Saskin did not respond to a request for comment on Friday. Last week, in an e-mail to The Globe and Mail, he said Urbancorp was facing “several matters that we are currently working through with a view to continuing to develop more housing in the city.”