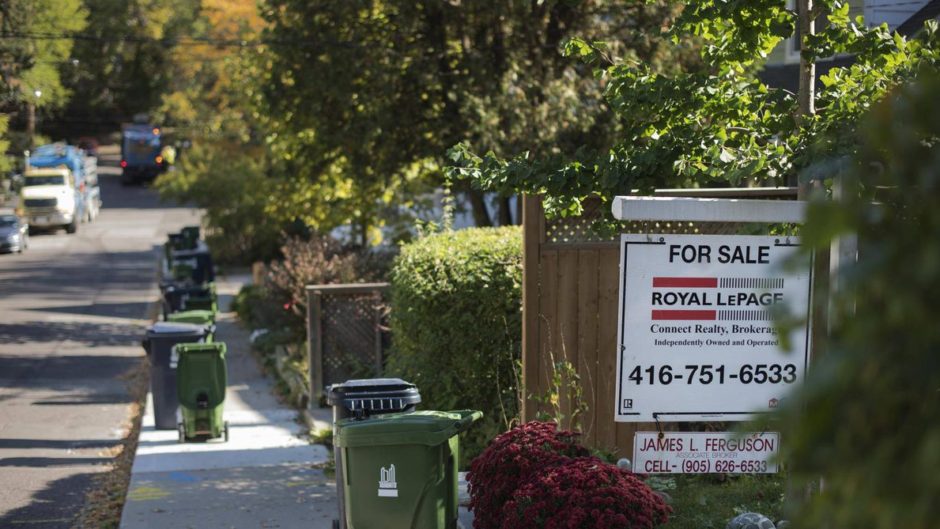 Canada’s largest real estate board predicted a slower year ahead for Toronto’s housing market after it overheated in 2017 and sent home prices surging.

In a preview of its annual forecast, the Toronto Real Estate Board said it expects home sales this year to slip to somewhere between 85,000 and 95,0000 transactions, slightly lower than 2017 when there were 92,394 sales.

However, that dip in sales will come as the average selling price will creep higher, TREB said.

TREB also said it expected year-over-year declines will be more pronounced in the first four months of this year, but sales will be up in the late spring and summer months when compared with last year.

Toronto home sales started 2017 on a hot streak, but slowed after the Ontario government moved to cool the market after a busy first quarter.

The market was further dampened after an interest rate hike from the Bank of Canada in January, a rise in five-year fixed mortgage rates and the introduction of a stress test by the Office of the Superintendent of Financial Institutions that came into effect on Jan. 1.

The test requires would-be homebuyers with a more than a 20-per-cent downpayment to prove they can still service their uninsured mortgage at a qualifying rate of the greater of the contractual mortgage rate plus two percentage points or the five-year benchmark rate published by the Bank of Canada.

“Federal and provincial policy decisions will act as a drag on demand for ownership housing,” said TREB in a Monday release. “In response to the stress test, many intending buyers will change the type and/or location of home they are looking to purchase or potentially tap other down payment sources, rather than simply deciding not to purchase a home.”

However, it noted first-time buyers are an exception because they have the flexibility of being able to rent or live with family while deciding when, where and what type of home to buy.

TREB’s forecast comes about two weeks after the Canadian Real Estate Association slashed its outlook for 2018 to predict a 5.3 per cent drop in national sales to 486,600 units this year. When compared with previous estimates, that’s a drop of 8,500 units.

CREA said it was already seeing signs that the country was “fully recovering” from last year’s heated conditions that sent the market into a frenzy.