Toronto house prices surge 10 per cent in March; no relief in sight 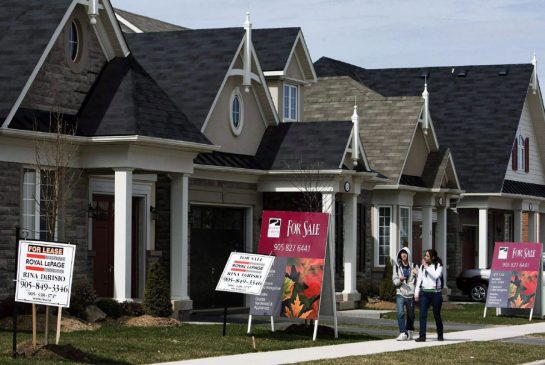 House prices shot up 10 per cent in March over a year ago driven largely by fierce competition, more demand for higher-end homes and a stunning 15.9 per cent jump in the price of detached homes in the City of Toronto.

There is no relief in sight for beleaguered buyers as Toronto heads into what’s looking to be a brisk spring market: While new listings were up some 5.5 per cent in March compared to a year ago, sales were up a whopping 11 per cent, according to figures released Tuesday by the Toronto Real Estate Board.

Semi-detached sales dropped in March over a year earlier, which may reflect a lack of supply as they are among the most highly sought-after housing type now that detached home prices have climbed out of sight.