Toronto’s housing market gets off to surging start in 2015 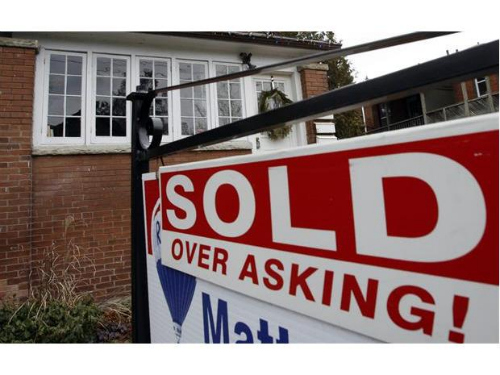 Economists largely predicted that Toronto’s housing market would be the main winner from the downturn in oil prices and rock-bottom interest rates and so far the region’s housing market is proving them right.

The growth was driven mainly by sales in the outside of the city. Sales of detached and semi-detached houses in Toronto dropped more than 2 per cent, while sales of townhouses fell nearly 10 per cent. Only condo sales saw a yearly gain of 6 per cent.

January buyers instead flocked to the suburbs, sending sales of condos soaring 23 per cent, while detached home sales jumped 10 per cent. The shift is almost certainly driven by affordability as the average detached home in Toronto sold for nearly $950,000 in January compared to $650,000 outside the city.

It’s the second month of strong growth for the region’s housing market even as winter is considered the slowest time of year for home sales. December sales rose by nearly 10 per cent compared to a year earlier while average prices were up 7 per cent.

Despite a strong start to the housing market, Toronto is feeling the effects of the broader economic uncertainty from falling oil prices and the plummeting loonie. The amount of industrial space leased in the region dropped 25 per cent in January compared to the same time last year, while leased office space fell 3.3 per cent. The sales price of most commercial buildings also dropped across the region, with industrial prices falling 40 per cent to $80 per sq. ft.

“On the one hand, we have the potential for the drop in oil prices to impact the Canadian economy as a whole,” Toronto Real Estate Board president Paul Etherington said in a statement. “On the other hand, we have the potential positive impacts of the lower Canadian dollar on exports from southern Ontario. As we move toward the spring, we should have a better indication of the net effects on commercial real estate markets in the GTA.”

« How to: Sell your home in winter
CMHC forecasts small dip in housing starts »