Why the doomsayers are wrong about Canada’s housing market 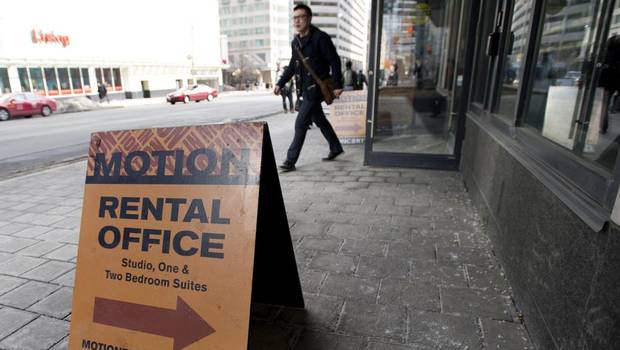 Canada’s housing market isn’t as frothy as some pessimists warn.

A Globe and Mail analysis has found that a key measure, used by economists, underestimates the degree to which rents have been rising in the market. That inflates what is known as the price-to-rent ratio, feeding into fears that the market is overheated.

New condos in Eastern Canada pull housing starts higher
DECODING THE MORTGAGE MARKET Mortgage shopping? Two stars and four dogs from today’s market
Economy has thrown us some curve balls, Bank of Canada’s Murray says
A for sale sign hangs in the front yard of a property in Burnaby, British Columbia, Monday, April 16, 2012.
MARKET VIEW
Video: Market View: Canada’s home prices back at record, but there are peaks, valleys
A report to be released Wednesday by housing economist Will Dunning reaches a similar conclusion, going further and arguing that price growth likely has been overestimated.

Economists believe house prices are too high: Rock-bottom interest rates have spurred consumers to take on more mortgage debt than they otherwise might.

It’s a legitimate cause for concern, and is being closely watched by Finance Minister Jim Flaherty and the Bank of Canada. Both have expressed worries about some segments of the market in particular, including Toronto condos, that deserve special attention. House prices could very well decline, and the market will be tested when rates rise.

But the most bearish diagnoses of the market have been relying on flawed uses of data.

A report by New York-based economists for Deutsche Bank declared in December that Canadian home prices were overvalued by 60 per cent – the most in the world – with Belgium next at 56 per cent. “Canada is in trouble,” it warned.

It looked at a variety of indicators to assess Canada, including the debt-to-income ratio and record condo construction. But the conclusion that home prices topped the global list for overvaluation was based on two measures, price-to-rent and price-to-income. The report said that the price-to-rent ratio was 88 per cent above its historical average, and the price-to-income ratio 32 per cent above its historical average. The economists averaged those two numbers, and got 60.

They gathered rent data from the Organization for Economic Co-operation and Development, which in turn got the numbers from Statistics Canada, which compiles them for use in the consumer price index, a measure of inflation.

The data estimate price changes for a “constant quality” of rental units (comparing apples-to-apples units over time, or what economists call a “matched sample”). Statistics Canada says it is not meant to be a measure of change in prevailing market rents, and might not capture the shift away from apartments toward rented condos in cities such as Toronto.

“Like the CPI in general, the rent index provides a measure of aggregate price change holding the quality of products constant (i.e., ‘pure price change’),” a Statistics Canada information officer said by e-mail. “Inferences concerning the change in the average prevailing market rents is not something that the rent index is designed to provide.”

Erwin Diewart, an economics professor at the University of British Columbia, says the federal agency should be taking depreciation into account since it is tracking a constant quality of product. (As the units age, their quality deteriorates and that should be factored in, or rent inflation is understated).

Mr. Tal calculated the price-to-rent ratio using apartment rents from CMHC. “Rent has risen twice as fast based on CMHC data than on CPI data,” he said. “The CPI numbers definitely understate the increase in rent … These numbers are widely used.”

The CMHC numbers are difficult to work with. The housing agency releases separate measures for apartment and condo rents. Mr. Tal used apartments, compiling data from various Canadian cities and then weighting them by population to arrive at what he believes is a reasonable national measure of rents.

Deutsche Bank’s analysis also relied on recent price data from the Teranet/National Bank house price index, and older data from the department of finance. Teranet seeks to go beyond averages by using a “matched” sample that tries to ensure a constant quality is being compared, only including homes that have sold twice.

It tries to factor out fluctuations that would occur in average prices from changes in the types and locations of homes that are selling. But Mr. Dunning argues that the price index is still exposed to bias because the actual quality of properties might have changed, for instance through renovations.

“The result might be that renovations of existing housing are causing the Teranet/National bank index to over-estimate the rate of house price growth in Canada,” writes Mr. Dunning, who has his own housing research business and is chief economist of the Canadian Association of Accredited Mortgage Professionals, which represents mortgage brokers.

“The price-to-rent ratio in Canada is indeed at an historic high,” but not nearly as far above its historic average as the OECD data would suggest, he concludes.

He also argues that measures of housing affordability have been distorted because economists are using posted mortgage rates (which have been about 5 per cent recently) as opposed to market rates (which for five-year fixed-rate mortgages have been in the neighbourhood of 3.5 per cent), making housing look less affordable.

Mr. Dunning is at the bullish end of the spectrum. He goes on to suggest that house prices are “justified based on record low levels of interest rates,” and might even be under-valued.

Consumers need to be wary in the face of interest rates that are likely to rise and prices that, by any measure, have still shown remarkable growth. But the notion that Canada’s housing market isn’t quite as precarious as had been thought is becoming the dominant view.

“Housing crash fears are overdone,” a Bank of America Merrill Lynch report said Tuesday, estimating that rising interest rates in 2016 could cause house prices to gradually decline 5 to 10 per cent over a couple of years.