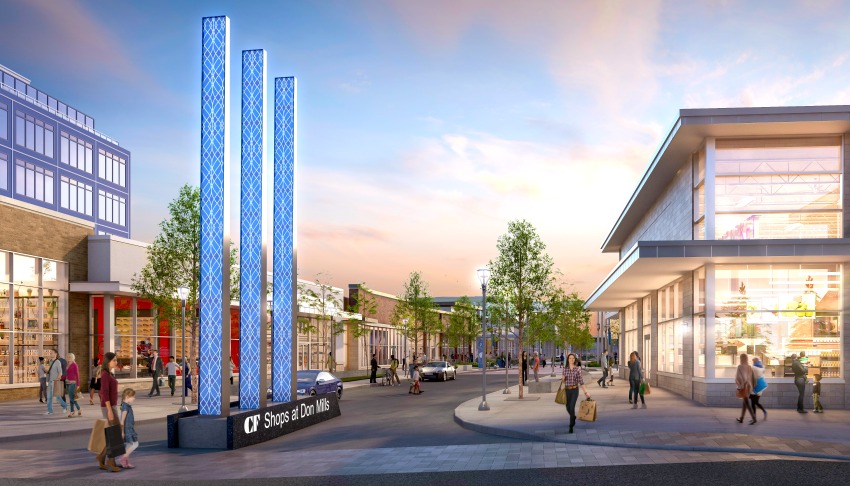 Toronto’s CF Shops at Don Mills has created a unique and innovative shopping experience, reflecting the trend among top malls to increase food/beverage and entertainment components. What’s resulted is a unique outdoor community centre that has also seen a number of ‘firsts’ to its premises, including new retailers as well as the country’s first exclusively all VIP cinema byCineplex. Landlord Cadillac Fairview is also investing heavily in enhancing the public realm, and a substantial amount of housing is also being added to the property through partner residential developers.

The upscale Toronto property is addressing a shopping centre trend identified by many entities,including the International Council of Shopping Centres, by expanding offerings to include more than just stores. At one time in Canada, it was enough for a landlord to fill a mall with fashion and accessory tenants to attract shoppers and be successful. In a new age of e-commerce and the tendency for consumers to seek-out experiences, successful malls are increasingly adding entertainment and dining options to the mix that cannot be replicated online.

The open-air CF Shops at Don Mills opened in 2009, replacing a previous enclosed shopping centre on the site. The new centre quickly gained popularity among locals in adjacent neighbourhoods, which is significant — Cadillac Fairview has identified nearby residential areas to be among the wealthiest in Canada, with most boasting easy access to CF Shops at Don Mills.

The centre has the reputation of attracting first-to-market retailers. Director of Leasing Nick Iozzo revealed that CF Shops at Don Mills saw the opening of sporting goods retailer Salomon‘s first store in North America in the spring of 2009, Anthropologie‘s first Canadian store (also in 2009), art photography retailer YellowKorner‘s first Canadian location, Mark McEwan‘s first grocery store (worth a visit), and online retailer Well.ca‘s first brick-and-mortar location. Frank + Oak‘s first shopping centre store opened at CF Shops at Don Mills several months ago, spearheading a partnership with Cadillac Fairview that will see the Montreal-based brand open in multiple centres across Canada. As well, Cineplex’s first stand-alone VIP cinema opened at the centre in August of 2014, and Vancouver-based restaurant chain Joey opened its first eastern Canadian location at the centre in early 2010. Mr. Iozzo said that there are more ‘firsts’ on the way for the centre, with several lease deals close to being finalized.

Food and beverage is also an important component of the centre, Mr. Iozzo explained, with a substantial number of shoppers surveyed saying that they also came to the centre for a meal or drink. This is partly a result of the centre housing a number of popular restaurants, with the centre boasting one of the highest percentages of food retailers in any Canadian mall. Notable restaurant tenants include Taylor’s Landing, Bier Markt, Joey, Jack Astor’s, Mark McEwan’s Fabbrica, Glow Fresh Grill & Wine Bar, Panera Bread and others, primarily focused in part of the mall near the centre’s town square.

Entertainment will play a bigger role at the centre, said Mr. Iozzo, with several deals in the works and discussions underway. One concept is fitness-based, and another could see a hybrid of “food, fun and entertainment”.

Cadillac Fairview has earmarked over $20 million for continued improvements to the centre, which will include improved accessibility and wayfinding signage. An enhanced ‘Entertainment Zone’ along O’Neill Road (the outdoor centre has city-named streets) will also soon include widened sidewalks, widened patios, cobblestone paving and an overhead catenary lighting system. A second entertainment zone is being added to the junction of Leadley Lane and Karl Fraser Road, to continue to attract visitors. Parking improvements to the centre will include a 1,000 stall parkade accessed through a new pedestrian entry off of Karl Fraser Road, with several new tenants to line the pathway. New Illuminated digital signage will allow drivers to know how many of the 2,900 parking spots are available throughout the centre, for convenience.

Other improvements will include new street-scaping with widened sidewalks, upgraded furniture and seating areas, cobblestone roadways, outdoor sound system and landscaping along the walkways to introduce more green space. A new water feature at the central ‘Aggie Hogg Gardens’ will also welcome visitors when completed this fall. In the winter, patrons will be able to bring their ice skates to the centre’s skating oval, helping make the outdoor centre a year-round destination.

Adding to the existing centre are a number of new condominium towers. The centre already features two residential buildings (‘Flaire‘, ‘Reflections‘ and ‘LivLofts‘) and soon, six more towers will join them under the ‘Rodeo Drive‘ name umbrella. When done, an estimated 4,500 residents will live in 2,800 residential units on the CF Shops at Don Mills site, adding a captive audience to an already successful shopping destination. 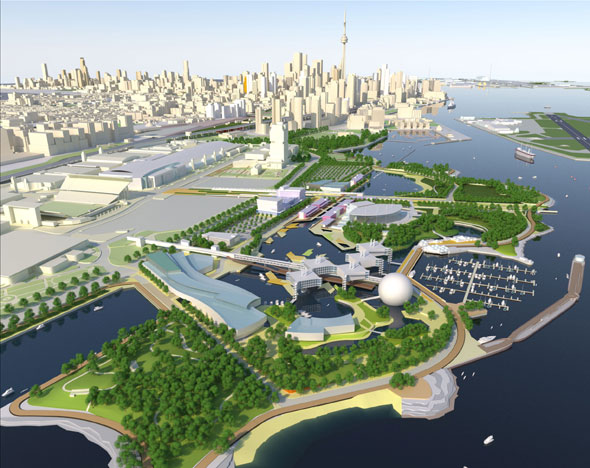 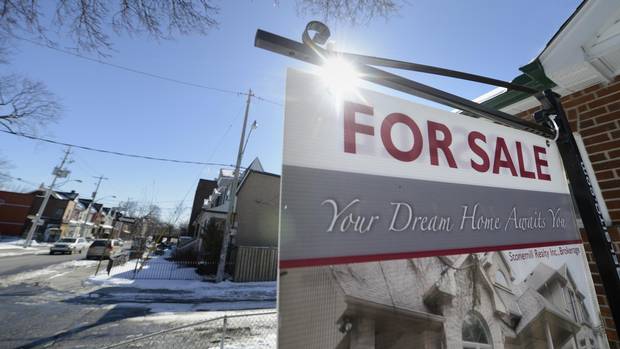 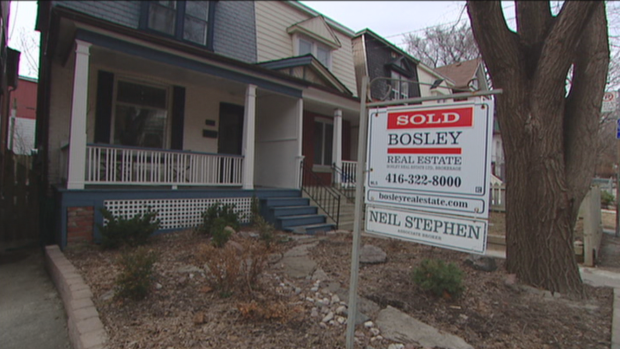 After the Greater Toronto Area's record year in 2015 for both the number of homes sold and the...
Continue reading
by Julian Compton