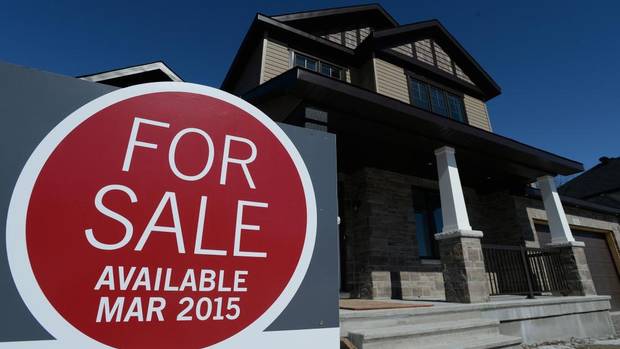 House hunters in Toronto despondent about the scant supply of houses on the market will find a sudden surge in listings this week now that March break is over.

The four-bedroom detached house is in the Playter Estates enclave near Danforth and Broadview. That puts it in the coveted Jackman Avenue Junior Public School district.

“It will probably go crazy,” says Mr. Veinot, who reckons he could book 70 or 80 showings before next Tuesday, when the owners will review any offers that come in. The sellers have lived in the house since 1982, he adds.

“It’s a real family home. I would expect that that would draw a lot of attention.”

Mr. Veinot says we are entering prime moving time for families because no one with kids wants to move during the school year. Typically parents prefer to buy in March and April so that they can have a closing in July or August. Sellers who list in January and February won’t attract as many families because a closing date three or four months away would come too soon.

That’s one reason lots of prospective buyers are frustrated with the lack of properties on the market, he says.

In the case of the Playter Estates house, chances are the new owners will be move-up buyers, he says, and they will then list the house they currently own. As that pattern is repeated around the city, the spring market will ramp up.

He adds that the hint of warmer weather tends to boost listings.

“It’s just a feel-good time of the year.”

Patrick Rocca of Bosley Real Estate Ltd. was seeing a similar swell in listings now that sellers are feeling more hopeful that spring is on the way. On Tuesday he was in the process of listing a large 1980s townhouse on Merton Avenue with an asking price of $949,000. Two condo units were also undergoing a final polish as he was getting set to look at another slew of houses.

“I’ve got 12 evaluations this week.” Mr. Rocca says he will soon advise sellers to wait until after Easter Sunday because potential buyers tend to be either busy or out-of-town on the long weekend.

“The reality is, if you’re not on the market this week, you should wait until after Easter for maximum exposure,” he says.

Still, the buyers are plentiful at the moment, he adds.

He recently sold a newly built house with an asking price of $2.7-million on a prime north Leaside street.

He didn’t set a date for offers because often houses in that price range take a little longer to sell, he says, but within five days a buyer stepped up with an offer just below the asking price and the two sides were able to strike a deal.

“There are tons of people out there.”

Mr. Veinot recently sold a house to a couple who had lost out on 12 or 13 properties in previous contests. He says the house was listed with an asking price around $699,000 and sold for $820,000. The couple who bought it had become so discouraged they almost didn’t bid, he says.

Mr. Veinot says a lot of the buyers he sees bidding for houses in Riverdale and the surrounding neighbourhoods are coming from condos. Perhaps a single man or woman bought a pre-construction condo unit five or six years ago in their twenties and now has different needs.

“If you get home at 6 o’clock, at 6:01 you find out you’re pregnant; at 6:02 you call the bank,” he says, adding that growing families have always driven real estate.

Another coterie of buyers comes from young singles or couples who have jobs downtown and don’t want to commute or own a car.

“Walking distance to the subway – boy do people like that.”

He expects the market to remain very busy all through the spring.

« Price gap between condos and new houses in Toronto soars
Toronto house prices surge 10 per cent in March; no relief in sight »