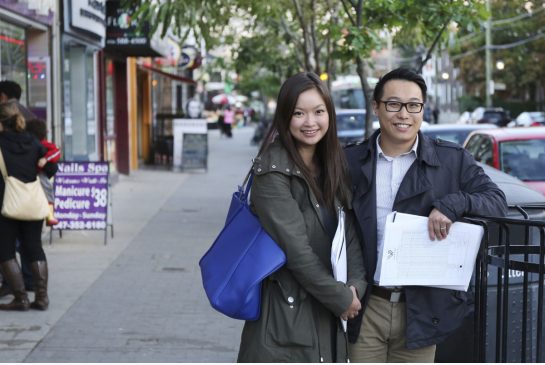 They have the potential to be the biggest home-buying cohort in history — even bigger than their baby boomer parents.

But where Canada’s millions of millennials will end up living, and how they will impact the real estate market, has just started to play out.

The first wave — boomers’ kids who range in age from 15 to 34 and make up about one-quarter of Canada’s population — are just moving into their prime home-buying years. Many live in Toronto and Vancouver, where job growth has become a major magnet.

Already, those fortunate enough to find a decent, dependable job, rather than just contract work, have been helping drive competition for starter condos and single-family homes.

“Affordability will play a huge factor in who buys what,” says Dana Senagama, principal GTA market analyst for Canada Mortgage and Housing Corp., which has surprisingly little data so far on how the might of the millennials is being felt so far.

“They’re going to be a force to be reckoned with over the next decade, especially as they move into their prime child-rearing years and will need more space.”

Even the Toronto Real Estate Board, which assesses the state of the GTA resale market twice a month, seems to know little about the buying intentions of millennials. It’s set to launch surveys of the sector in the new year.

One thing is clear so far: Millennials have had a huge impact on the GTA rental sector because of their willingness to pay a hefty price — on average about $1,800 a month — to rent sky-high new glass-and-granite condos an easy walk from work.

That’s helped fuel the unprecedented condo boom in the GTA, especially in the downtown core where, despite thousands of new suites on the market, the rental vacancy rate remains below 2 per cent.

With the average resale price of even a Toronto condo now inching toward the $500,000 mark, developers are starting to shift their sights to building rental units, anticipating that many millennials will be renters for life.

“Millennials have much less of an attraction to owning a single-family home and a car. They’ve got much more of an attraction to a lifestyle and a job,” says James McKellar, director of the real estate and infrastructure program at York University’s Schulich School of Business.

“And many of them, especially in the United States, have become skeptical of this notion of a house as an investment.”

But with 1.5 million millennials in the GTA region alone, they’re likely to keep sending shock waves through the housing market, just as their parents did before them.

“There’s a shifting sensibility around how we define home,” says Toronto developer Mazyar Mortazavi, whose company, Tas DesignBuild, is now focusing on midrise condo projects in neighbourhoods just outside the core.

“Millennials and the subset before them, the late 30-somethings, are probably the first generation of people who are living their early adult life in urban centres. For them, home has more to do with being part of a complete community than it did in their parents’ generation, when it was about having a backyard, a picket fence and a two-car garage.”

It’s a pleasant fall evening and a crowd is crammed into a Roncesvalles storefront for what looks like an art gallery opening.

Wine is flowing. Finger foods are flying off the plates and a security guard has been hired for crowd control.

Canny and Nicholas Ng, both 28, are among the many millennials, some accompanied by their parents, who are here for what is, in reality, one of the oddest lotteries of their life — a chance, if their name is drawn, to buy a yet-to-be-built condominium townhouse in one of Toronto’s most up-and-coming neighbourhoods.

There is a buzz in the room until word starts getting around that some 2,000 folks have registered for the first crack at just 57 homes.

“Only in Toronto would you have a lottery to buy a condo,” says one woman who’s among the first in line, but leaves less than 15 minutes after the doors open.

The big crowd is understandable, given that prices — on paper at least — start at just $477,000 for stacked townhouses with about 750 square feet of living space. But prices climb quickly to the $800,000-and-up range for a more livable 1,000 square feet, especially when upgrades like a $7,500 locker and a $45,000 parking space are factored in.

The fact that a detached house in the city now averages more than $1 million has made townhouses and semi-detached homes the hottest tickets in the GTA for young buyers — and especially young parents — hoping to escape highrise condos.

The Ngs have just started visiting new-home sales centres, hoping to move up into a house from a downtown condo. But, like many millennials, they still have a basic debate to settle.

“We’re fighting a bit about where to live … struggling … discussing,” says Canny with a laugh.

The couple take a pass on the lottery and continue their search.

The Teos will likely stay put in their North York condo for the next five years.

Daniel and Emily Teo are among the many millennials who have done the math.

They consider themselves lucky to have bought their two-bedroom, two-bathroom condo near North York’s burgeoning Yonge and Finch neighbourhood for $280,000 back in 2008, before prices climbed completely out of reach.

They debated moving to a smaller town to get a house they can afford, but both grew up in suburban neighbourhoods and prefer life closer to the city. They’ve gone through the gut-wrenching experience of touring open houses in neighbourhoods like Leslieville, where bidding wars have pushed even row houses out of reach.

“We went to some properties that didn’t even have working kitchens. Or we got there early and the open house was just packed,” says Daniel, 31, a chemical engineer.

The couple would consider a bigger condo, if it was in a lowrise or midrise building that was walking distance from parks, libraries and shops.

But they are hard to find, given that the average new GTA condo has shrunk the equivalent of a bedroom in size in just the last decade — from an average 908 square feet to 767 square feet — a move developers claim is aimed at keeping costs down in the face of escalating land values and increased government fees and taxes.

Developer Mortazavi is striving to break that trend with midrise projects that his company has planned for neighbourhoods such as the Beach.

He believes that the very notion of home ownership is changing, and that young buyers are looking less for quantity than quality, and within “complete communities” or urban villages with parks and other family amenities.

“We need to be building the right types of units and not just single-family homes. Throughout much of the world, kids grow up in flats. We are the anomaly in terms of thinking that kids have to grow up with a backyard.”

TAS has upped unit sizes in newer projects like Kingston&Co to about 800 square feet, and is looking to build rental housing in more family-oriented neighbourhoods outside the busy core.

That notion appeals to the Teos.

“We would like to move closer to the city. But with the market as it is, and after our experience house hunting, we’re going to hold out here as long as we can, or until the impending crash that everyone keeps talking about,” says Daniel with a chuckle.

Back to the Burbs

J.P. MOCZULSKI FOR THE TORONTO STAR

Carolyn Hyde and Chris Ritchie quickly concluded the best option for them was in Durham.

Carolyn Hyde and Chris Ritchie were tired of paying rent on a basement apartment in Toronto, but knew that their strict spending limit — $400,000 tops — would make it a tough challenge to buy a house in the GTA, given that the average resale price stood at $632,685 in November.

The couple, both 29, didn’t take long to realize their best option was in Durham, the region many believe remains the most undervalued area of the GTA.

Communities like Ajax, Oshawa, Pickering, Whitby and Brooklin have become magnets for millennials, especially as GO Transit frequency has improved and the eastern extension of Highway 407 nears completion.

The numbers tell the story:

The average price of a resale home in the GTA — condos and single-family homes combined — was $654,221 in November, according to the Toronto Real Estate Board.

In booming York Region, where price appreciation has even outpaced the sought-after City of Toronto, the average resale home price was $807,167 in November.

Even new-home prices are dramatically different in Durham: an average of $546,334, compared to $811,110 for the GTA, according to market research firm RealNet Canada Inc.

“We talked for a little bit about staying in Toronto,” says Hyde, who works at Centennial College’s Scarborough campus. “We looked online and went to open houses, but we pretty much decided immediately that we’d focus on Durham.

“Originally, we though we would just go to Pickering — that was our border. We never thought we’d go as far as Whitby, but we just liked its neighbourhood feel.”

But even that far out of the city, buying a simple row house wasn’t a cakewalk.

They lost out on two bidding wars: In one case, they were bidding against just one other couple. In the second case, there were 11 folks bidding on the same row house.

That left them enough money to repaint the exterior and update the kitchen by refacing the cupboards and adding a new countertop.

“What we liked is that the area has all the amenities of the city in a suburban neighbourhood,” says Hyde, who moved into the house with Ritchie, a teacher in Markham, last summer.

Percentage of residents who are millennials:

The RedPin.com realty firm decided to take a look at the top Toronto neighbourhoods for millennials to live in and found 13 of the 15 were in prime locations near the heart of the city. The only exceptions were Willowdale East in the Finch and Yonge area, and the York University area. Sources for information were Statistics Canada 2011 census data and Toronto Real Estate Board data as of October 2015.

4. Church-Yonge corridor near Wellesley: 44 per cent

5. University of Toronto-Harbord: 42 per cent