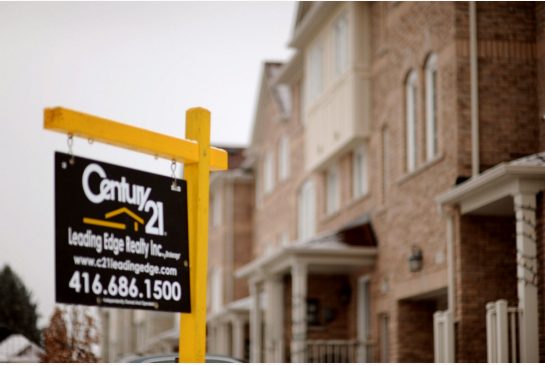 We’re getting richer – and the biggest money maker is our homes, says a new Statistics Canada report.
The median net worth of Canadian families of two or more people was $243,800 in 2012 — up 44.5 per cent from 2005 and almost 80 per cent more than the 1999 median of $137,000, adjusted for inflation, the Survey of Financial Security shows.
The overview of Canadians’ financial footing, released Tuesday, also showed that overall debt grew at a faster pace than assets. But because assets are far larger than debt, net worth still increased.

“Canadians are clearly choosing to invest in real estate at the expense of mutual funds, stocks and bonds,” says TD economist Leslie Preston.
The increase in the value of principal residences rose 52 per cent from 2005 to 2012 as the average price of a home in Canada increased 45 per cent over the same period and home ownership became more widespread.

And the percentage of Canadian families who list a principal residence as an asset has steadily increased from 59.6 per cent in 1999 to 62.5 per cent in 2012.
For those who owned their homes, the median reported value of the residence was $300,000, up 46.6 per cent from 2005 and 83 per cent from 1999.
“There are doubters and skeptics that say the housing market is not sustainable, but we don’t see a bubble coming,” said BMO senior economist Robert Kavcic.
“But the debt will persist even if asset rates fall,” he cautioned.
Overall, total family assets in Canada rose to $9.4 trillion in 2012, with the value of the principal residence representing one third.
“Interestingly other real estate assets such as cottages and rental properties also posted a sizeable 70 per cent increase from 2005 to 2012,” noted Preston.
The study also found nearly 20 per cent of Canadian families own real estate other than their primary residence, up two per cent since 1999.
The largest dollar increase in assets outside real estate is in private pensions, including employer pension plans, RRSPs and RRIFs, says StatsCan, noting this is due to the aging population.

The in-depth survey also gives the first glimpse of investments in Tax-Free Savings Accounts (TFSAs), introduced in 2009. While they make up a very small share of total assets (0.7 per cent), they are widespread, with one third of families holding TFSAs with a median value of $10,000.
The study found that net worth varied greatly depending on age, province and the makeup of the family.
It was highest for families where the person with the highest income was 55 to 64 years old ($533,600) in 2012, which is almost three times higher than for families where the highest income recipient was 35 to 44 ($182,500).
For senior families, or those where the highest income recipient was 65 or older, net worth was lower ($460,000) as they begin to draw on their assets in their transition out of the workforce, the report says.