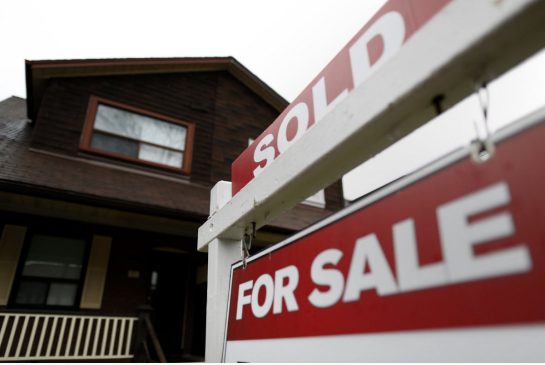 Toronto’s record house prices could soar a further 17 per cent by the end of 2017 as the lack of supply in the face of unrelenting demand continues to drive prices far beyond the rate of inflation, says the chief economist of Central 1 credit union.

Long-time housing watcher Helmut Pastrick says those who caution that Toronto’s market is in bubble territory and about to burst are based on “inadequate models” that ignore some key basics.

“The principal drivers of home prices are market demand and supply fundamentals. Toronto’s population is growing and supply is limited. Prices will keep rising until the next economic recession, whenever that is.”

Barring any unforeseen global crises, that’s at least two years off, predicts Pastrick, who’s studied the housing market for 40 years, 18 years as chief economist with Credit 1, the umbrella organization for about 130 credit unions in Ontario and B.C.

Ontario housing markets, with the exception of Toronto, have largely underperformed since 2001. But that’s now likely to change in the face of the “economic seismic shift” of slumping oil prices that may be a drag on the Canadian economy but a boon for Ontario exporters and manufacturers, says the economic forecast being released Thursday.

Southwestern Ontario, and especially communities with a strong manufacturing base such as Windsor and Sarnia, are likely to see an uptick in jobs and economic growth which could play out in strong house sales and above-inflation price increases to the end of 2017, he adds.

Regional markets around the GTA — such as Kitchener-Waterloo, Barrie, Hamilton and the Niagara Peninsula — could also see a surge in sales partly as a result of Toronto’s tight market. That could translate into house price gains in the 16 per cent range over the next three years, says Pastrick.

The Canadian Real Estate Association recently predicted that low oil prices could result in a 1.1 per cent decline in national home sales through 2015, but a 2 per cent increase in average prices.

“Ontario’s housing market is poised to expand at a more robust pace in conjunction with improved economic prospects due to a faster growing U.S. economy, the weaker loonie, and energy savings from lower oil prices,” Pastrick says.

“Upward pressure on housing prices will continue, though it will ease later in this three-year forecast when listings come onto the market at a faster pace.”

That last part, however, may be wishful thinking. Toronto realtors have been anxiously awaiting a surge in listings for the last few years, anticipating that the increase in equity would encourage more homeowners to sell and move up, boosting the supply for first-time buyers who too often find themselves caught up in bidding wars that have further driven up prices.

But most have been staying put, citing fears they won’t be able to find an affordable replacement and the high costs of land transfer, real estate and other transaction costs.

Many have been opting to renovate and even expand existing homes instead, which Pastrick predicts could see renovation spending continue to grow at about seven per cent annually.

“Looking beyond 2015, higher interest rates are coming, but at a moderately rising pace.”

What Pastrick is severely underestimating, however, is the fact affordability is severely stressed, given that house price gains have far outpaced wage increases the last decade, says Hilliard MacBeth, an Edmonton-based investment advisor whose book, When the Bubble Bursts: Surviving the Canadian Real Estate Crash, was released this week.

“The gap has been filled so far by people going further and further into debt. But at some point, people just can’t take on anymore debt, even if the banks and CMHC (through the Canada Mortgage and Housing Corporation’s insurance fund) work as hard as they can to make it possible for people to go further into debt.”

MacBeth believes the condo sector remains the most vulnerable to a downturn because of oversupply and warns that could contribute to as much as a 40 or 50 per cent drop in house prices over time.

That could happen in two very different ways, he stresses: A U.S.-style housing market meltdown triggered by a recession, or the route many housing bears have come to believe is the more likely scenario — slumping sales that result in a soft landing, where prices slow and even drop over time until wages can catch up.