What 15-minute GO service might mean for your house price 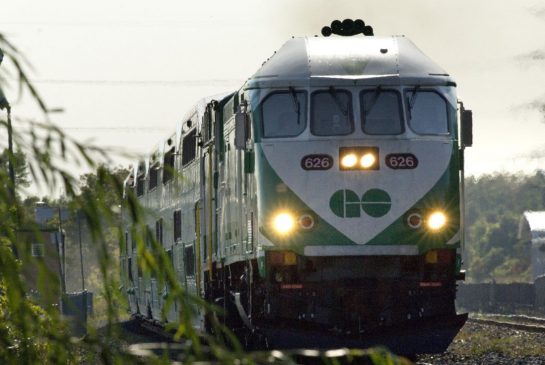 During a visit to London some years ago, it was hard not to be jealous after reading a story about the expansion of high-speed rail service between London and the Continent.

Track and terminal upgrades at St. Pancras Station meant the Eurostar trip between London and Calais was down to 54 minutes. Real estate prices were on the rise in Normandy, as English buyers figured they could buy cheap properties, live a rural French lifestyle and commute to jobs in London. What a way to go.

As any GTA commuter knows, an hour each way is nothing here, and you don’t end up in a 17th Century stone cottage surrounded by apple orchards when you get home. The drive into the city can be more than an hour on any given day, for no particular reason.

And as home affordability in the 416 declines, more people are being forced into the suburbs, adding more cars, more congestion, more cost and more stress to their daily lives.

That’s why this year’s Ontario budget will be such a huge energizer. Its 10-year transit plan includes gradually increasing GO service to every 15 minutes along core lines, making travel around the Golden Horseshoe easier, reducing congestion and improving movement between regions.

It will also make real estate outside the city more attractive. House-price increases may not be dramatic, or universal in the 905. But as frequency and choice of travel times increase, the GTA price/location trade-off changes.

Expectation of these better links is already lifting prices at either end of the GO system. The average price of a detached home in Hamilton-Burlington in April was $431,000, 8 per cent higher than a year ago. The number of sales was also a record.

The area “has never seen this kind of activity,” said Ross Godsoe, CEO of the Realtors Association of Hamilton-Burlington in releasing the figures.

In Durham, which includes Oshawa, Whitby, Pickering, Ajax and Uxbridge, the average price was $440,000 in April, 12.5 per cent higher than a year ago.

The Ontario budget promises 15-minute GO service along major corridors, including all-day service on the Lakeshore line between Burlington and Oshawa. The same goes on routes between Union Station, Bramalea, Aurora and Uxbridge.

Provincial transit agency Metrolinx says GO’s Lakeshore lines already have the most frequent service in the network, running every 30 minutes seven days a week, and every 15 minutes or better at peak times.

Over the next five years, Lakeshore line frequency would increase by about 4 per cent to 600 weekly trips, Metrolinx spokesman Alex Burke says. The increases will be divided between peak, weekday off-peak and weekend service.

Over the next 10 years, the number of weekly trips across the entire GO system will grow four times, from 1,500 to nearly 6,000.

Jeff Mahanna, president of the Oakville and Milton Real Estate Board, says the 30-minute train ride to Union is no longer than a subway trip from Finch to Union. He says reliable GO service is already priced into Oakville housing, but more frequent service is one more reason to consider the community.

“When people look for a home, what concerns them is the neighbourhood, the schools and the commuting time,” he says. “Not long ago, GO was every hour, then it became every half hour. At every 15 minutes, you don’t have to plan so much and if you miss the train it’s not a big deal.”

Matti Siemiatycki, a University of Toronto professor specializing in urban planning and transit, says the impact of GO expansion on real estate will be felt everywhere along the system. He expects it will be gradual, and will hit some places far more than others.

The overall impact of the investment, though, is hugely positive for everyone, he says. “If you make a place more accessible, people will want to live there.”

Siemiatycki says the transit plan is so big and costly it will take a long time to come together. The pieces include laying track, securing rights of way and co-ordinating space for more passenger trains between freight trains. The plan also means renovating stations, building maintenance yards, buying trains and equipment and adding staff.

Metrolinx spokesman Burke says work is already underway. A third track is being added between the Guildwood and Pickering stations. Construction starts soon on a new East Rail Maintenance Facility that can handle electric trains. A Stoney Creek facility will store, service and maintain trains, as will a new one in Mimico.

In the end, better transit is a high tide that lifts all boats. When it comes to real estate, it’s one more reason to bet on the GTA.

The cost of a Golden Horseshoe house

Average price of a single detached home in April